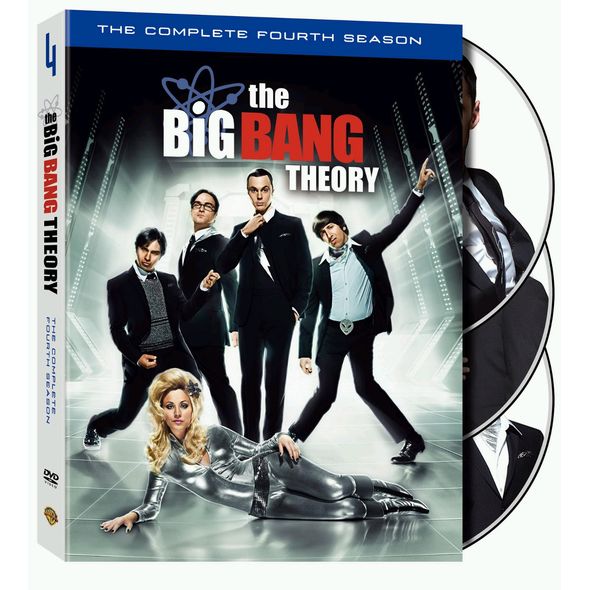 Shipping costs
Payment methods
Why us

The Big Bang Theory: The Complete Fourth Season
In stock
0.00
0.00 out of 5 stars
(0 reviews) Write a review
Coming soon
Out of stockCompare
+ −
Add to cartCompare
Description Reviews

Actor on Actor: The Big Bang's Theory of Relativity Featurette -This fun and light-hearted piece features the stars of the show

conducting interviews with each other detailing their experiences working on one of the hottest comedies on television.

The Barenaked Ladies on Big Bang Theory Featurette - Having created one of the greatest theme songs in recent history, the Barenaked

Ladies bring it home when they come to the set of the Big Bang Theory to record a music video for the song. Featuring an interview

with the band, behind the scenes footage of the filming of an episode, and clips from the new video itself, this piece carries with

it all of the fun and energy you could expect from both the band and the show.

The History of Everything Music Video

BIG BANG THEORY and all related characters and elements are trademarks of and © Warner Bros. Entertainment Inc.

“Four seasons in, it is still laugh-out-loud funny. Every episode, every week,” USA Today’s Robert Bianco says about the hit series The Big Bang Theory. Here’s your chance to subject his conclusion to empirical analysis by watching all 24 Season 4 Episodes! This season the Big Bang gang’s romantic universe expands. On the rebound from Penny, Leonard falls into the arms of Raj’s sister Priya. Sheldon gets a girlfriend, or rather a friend who is a girl: Amy, a dour neurobiologist who declares herself besties with Penny. Howard and Bernadette heat up. And so do Raj and Bernadette (at least in Raj’s Bollywood daydream). All in the furtherance of award-winning genius comedy.